Here’s a strange thing. Despite spending much of my life living by the sea – I grew up in beautiful Salcombe, in Devon – most of my boating experience (apart from the odd ferry to France, or between Thai islands) has been on little ships that pootled around the estuary. I’d see some sizeable yachts sail past my hometown, but sadly never got the chance to experience some of this opulence first-hand.

Now, though, I scoff at these titchy gin palaces with their limited sailing range and glaring absence of on-board nightclubs and Vegas-level entertainment shows, because I’ve jumped straight to the top of the big ship league table – by joining the maiden voyage of one of the world’s most fabulous cruise ships.

Built and operated by P&O Cruises, she’s called the Iona and, back in August, I joined just over 2,000 other passengers (the ship normally holds 5,200, but Covid rules kept numbers down) for a seven-night journey from Southampton to the Western Isles of Scotland. As I’ve never been on a cruise before, I wasn’t sure what what to expect but I can say that I am now 100% a cruise convert. So much so that I’ve already convinced two sets of friends to book their own trips.

So what makes cruising, and Iona specifically, so great? For a start, it’s the seamlessness of this kind of travel. Even in our pandemic-stricken times, the process of booking, boarding and travelling on the ship was so simple. A quick drive from London, valet parking and rapid Covid test right next to the terminal and then we were on board in half an hour or so.

From the start, Iona is seriously impressive. The largest ship to serve the UK market, with more than 30 places to eat and drink, plus four swimming pools, 18 whirlpool spas, a casino, a four-screen cinema and an eco-friendly propulsion unit, saving 20% in emissions. Oh, and its nightclub is curated by Alex James (Blur) and Take That’s Gary Barlow is the musical director. While we were there, Tony Hadley from Spandau Ballet was also doing three live shows a day. Basically, it’s an awesome floating city of fun.

Our balcony cabin was beautiful too, well-appointed with big flat screen TV, lovely bathroom and dozens of great free movies on the entertainment system. The bed was also super comfy and, combined with the gentle rocking of the sea, I enjoyed restorative deep sleep every night.

And that slumber was much needed, as there’s plenty to do on Iona. As we wound our way through the Irish Sea, in surprisingly balmy weather, I took part in everything from archery classes to table tennis, and aerobics to jogging around the perimeter running track before breakfast.

The captain’s midday address on the tannoy would let us know of the day’s route but, thankfully, there was none of that forced fun or getting-to-know-you evenings that some associate with cruising. Sure, we sometimes struck up conversations with other tables over dinner but this was free and easy cruising – your timetable could be as basic as eat, swim, read, sleep, repeat, should you wish.

The fine weather meant we spent much of our time out on deck, soaking up the sun while paddling in the infinity pool as the breathtaking scenery of the Scottish coast and islands rolled past us. We paused at the ship’s namesake island of Iona one evening for a fantastic firework display before moving up towards the Isle of Mull, where small boats from the colourful fishing town of Tobermory took turns zipping around our ship – their passengers clearly delighted that a boat this size had ventured into their waters. They were joined at one point by a school of dolphins – a magical moment that saw me scrambling for the binoculars we’d been advised to bring.

The wealth of restaurant choice made every lunch and dinner an adventure – we never ate in the same place twice. All kitchens on board, from the high-end Epicurean and beautiful Sindhu (specialising in Indian cuisine) were fantastic – little wonder, given they were overseen by Marco Pierre White. The famous chef joined us on board and gave a fascinating talk in the ship’s theatre – it turns out I’ve been cooking risotto all wrong!

Another must do is the Limelight Club, which is a late-night cabaret affair, with great entertainment and a superb dinner menu. Somehow, after we left here my husband side-tracked us to the casino (well, we were in black tie and ballgowns after all) where we played blackjack and roulette until our bed was calling.

And that’s another brilliant thing about cruising – no matter how late it is or how many cocktails you might have sunk, you’re never more than 10 minutes’ walk from your bed. And on that walk you’ll pass beautifully designed glass atriums, exquisite artworks and jaw-dropping floor shows – from acrobatics to musical theatre– so you can see why it’s easy to get sidetracked. I’m pretty sure if a top scientist studied this cruise, they’d conclude that’s scientifically impossible to be bored at any point on the journey.

And that’s why I say to everyone, put any preconceptions you might have aside and try a cruise for yourself. It was a terrific introduction to a new world for me and one that I intend to visit again very soon.

Head over to Instagram to see more of this amazing trip, saved on my highlights under P&O Cruise. 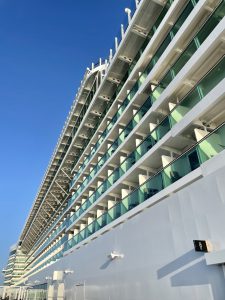 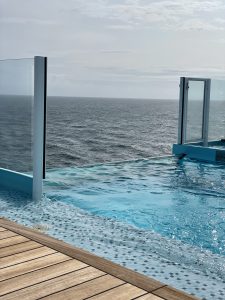 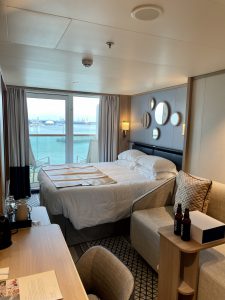 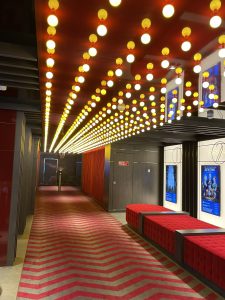 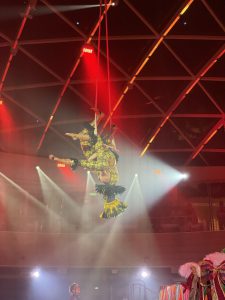 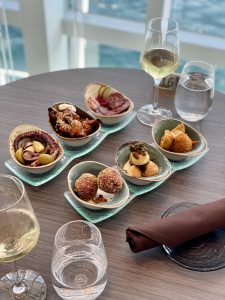 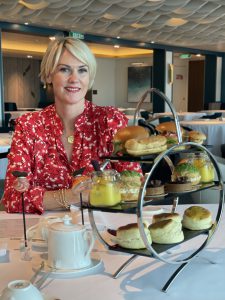 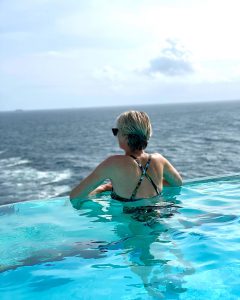 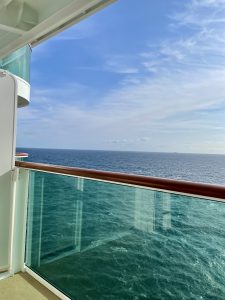 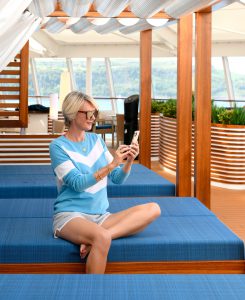 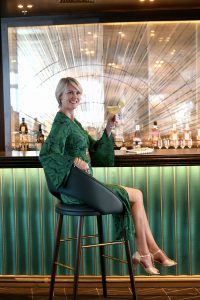 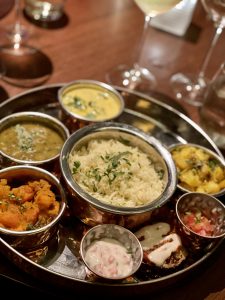 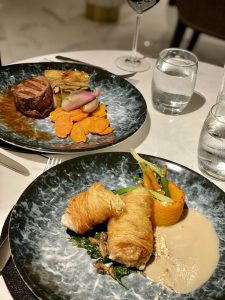 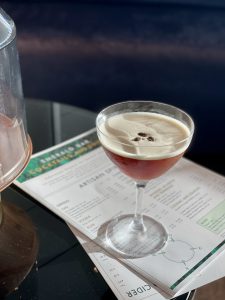 Fashion | Travel | Food | London based mum of one 💘Over forty fashion addict! 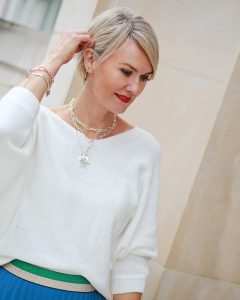 I’m a fortysomething London-based mum who spent 20 years in the fashion industry, and I’ve spent the last four years working part-time as a marketing manager for a well-known consignment store. I’m surrounded by fabulous fashion all day and have made it my mission to seek out some of best, and best-priced, pieces to share here on my blog and also on my Instagram page.